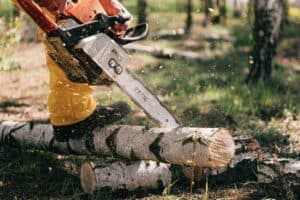 Each year in the United States, demand for some types of labor far exceeds the number of available U.S. workers. This means there are opportunities available for workers from other countries to come to the U.S. and earn a living. In some cases, they may even bring their families with them.

For nearly seven decades, companies who struggle to find qualified and willing workers in the U.S. have turned to foreign worker programs to remain competitive in their industries. Read on to find out the answers to some of employers’ most frequently asked questions about the H-2B visa process.

The H-2B visa program was created to allow U.S. employers to bring foreign workers to the country in order to meet temporary or seasonal nonagricultural labor needs.

In order to have their petition to bring workers to the U.S. under an H-2B visa approved, employers must go through an application process. During this process, they have to prove that the job they are hiring for is one of the following.

2. What industries use H-2B workers?

Employers also have to go through a number of steps to demonstrate that the job has been offered to U.S. workers but they were unable to fill the positions with qualified workers. Industries that frequently hire workers under the H-2B program include

3. What countries are eligible for the H-2B visa program?

Each year, the Department of Homeland Security (DHS) publishes a list of countries whose citizens are eligible to participate in the H-2B program. Currently, that list includes workers from the following countries and more.

The list of eligible countries is long; however, the DHS may approve workers from a country not on the eligibility list if the applicant can present evidence that being approved will benefit the U.S..

4. What are the yearly limits on H-2B visas?

The U.S. has a number of different employment-based visa programs, each with its own requirements and limits on how many people may come to the U.S. each year to work.

The H-2B visa program has a cap of 66,000 non-immigrant workers in the H-2B category, which was set by Congress in the Immigration and Nationality Act. The 66,000 visas are distributed equally in each half of the fiscal year, which means that

If not all 33,000 visas are used in the first half of the year, they may be available to additional workers in the second half of the year. However, Congress does not allow visas under the H-2B program to roll over into another year. This means that, even if only 50,000 visas were to be approved for workers in 2021, the 16,000 unused visas will not be available in 2022.

Understanding the cap on the H-2B program is important because petitions will not be accepted after the cap is reached, which happens early. The United States Citizenship and Immigration Services (USCIS) reached the cap counts for the 2021 fiscal year in February, which meant that any petitions for non-exempt workers would be rejected.

Some workers exempt from the H-2B numbers cap are

The reason for the fish roe exemptions is because of the special nature of processing this delicacy, especially the kind produced by Alaska seafood companies. Japan is the primary consumer of Alaska seafood. It takes such a unique skill to harvest and process roe that, in the case of salmon roe, Japanese experts travel the world taking seasonal jobs to ensure the right taste, texture, and flavor.

Under some circumstances, additional visas may be made available under supplemental increases, such as the additional 22,000 for H-2B temporary nonagricultural workers announced in April 2021, which includes 6,000 visas reserved for workers from Honduras, El Salvador, and Guatemala.

Because the H-2B visa program is for temporary or seasonal work, the visa issued to workers is also temporary, and the amount of time the workers may stay in the U.S. depends on the approved job that is listed on the petition filed by the employer. However, there is some additional information to consider:

USCIS counts any time spent in the U.S. under any H or L non-immigrant visa program, like an intracompany transfer or training program, toward the three years’ limit.

6. Are children of H-2B visa holders eligible for DACA?

Protecting and providing for the children of foreign nationals is an important issue for people who are considering working in the U.S. under the H-2B visa program. Unmarried children under 21 years of age, as well as the worker’s husband or wife, are able to apply for visas under the H-4 classification, which will allow them to live — but not work — in the U.S..

7. What’s the workers’ process in obtaining their visas?

Once the employer’s labor certification and petition for nonimmigrant workers have been approved, processing  of H-2B workers begins, approximately two weeks before the start of work. Workers file their DS-160 form and submit the following documentation or evidence as required by their application, especially if they are new to the program:

Once the worker is approved, they travel to the U.S. in order to begin work. They may not arrive in the U.S. more than 10 days before the start date of the work, and they may not begin working before their employment date. If their family is joining them, they must arrive with or after the worker, but they may not arrive in the U.S. before the worker arrives. While employers are responsible for the travel, subsistence, lodging, and visa costs for their workers, employers are not responsible for paying for family members who choose to accompany H-2B workers to the U.S.

The H-2B visa program provides a number of benefits both to U.S. employers who struggle to find workers and to foreign workers who choose to benefit from its opportunities.

If you need more information about your company’s H-2B eligibility or the application process, or if you have questions about your H-2B visa program workers’ rights, the experienced employment immigration lawyers at Farmer Law are here to help. Schedule a consultation with our attorneys today. 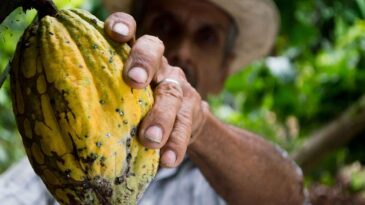 The U.S. agricultural sector is an economic powerhouse of the American GDP. The agricultural and food industries contributed nearly 25… 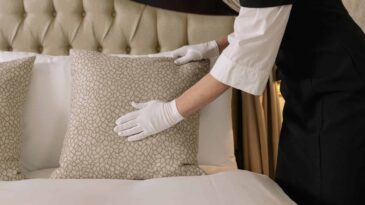 Employers offer opportunities for temporary or seasonal work in the United States and its territories all year long, all around… 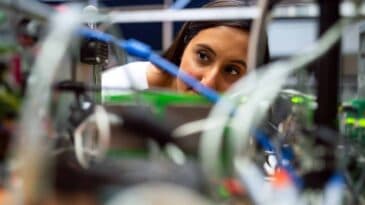 The H-1B visa classification is one of the programs that allows employers to hire guest workers temporarily. Beneficiaries of the…